The Savannah Centre for Diplomacy, Democracy and Development (SCDDD) has expressed deep regret over the death of its Board Chairman, Malam Abidu Yazid, who passed on early hours of Sept. 22, in Kaduna.

The Executive Director of SCDDD, Amb. Sani Bala, in a statement on Thursday in Abuja, said the centre would remember the deceased for his dedication to its flagship projects, including Leadership Effectiveness and Accountability Dialogue.

“On behalf of the members of the Governing Board and the entire staff of the SCDDD, we convey our sincere condolence to his family, the Government and people of Katsina state.

“May his soul rest in perfect peace, Amen!”

Bala said that the centre would miss the Community Initiative programme of the deceased which was aimed at promoting peace and “the Africa We want” where he imprinted upon humanity the need for durable peace and sustainable development.

He said that the centre was privileged to have late Yazid as a founding member of the Board of Directors and finally, its Chairman, spanning over a period of eight years.

According to him, the deceased offered his entire resources, both intellectually and physically to the service of the centre.

This, Bala said, was in addition to his numerous commitments to serving the society and humanity in general.

“He served in various capacities in government, including Head of Service and Secretary to Government of the old Kaduna State. His commitment to public service and simple lifestyle was exemplary.

“In a clime where opulence and stupendous display of riches is the order of the day, Malam Abidu Yazid was a very simple and modest person.

“As an economist, he was concerned about the Nigerian economy, particularly, the collapse of the industrial sector. He had tasked the centre on researching on the ‘Revitalisation of the Nigerian Industrial Economy’.

“As at 6p.m. of September 21, 2022, he was on his desk working to promote peace and to release a public statement admonishing Nigerians about the need for peace as Nigeria enters the electoral cycle.

“We mourn this great Nigerian, a decent, humble, peaceful, deeply knowledgeable statesman and an illustrious son of Africa.

“We therefore pray to God to forgive his infractions and reward his good works with Aljanaah Firdaus,” the statement read in part. (NAN) (www.nannews.ng) 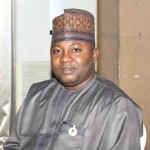