Bello during the inauguration, said that the world would be a better place for all, if both well-placed individuals and organisations imbibed the culture of giving back to the society from their wealth.

Represented at the event by Mr Olusade Adesoka, the Permanent Secretary, FCTA, he said the company that donated the 24 road signage, had not only shown its commitment to Corporate Social Responsibility, but had set a record that would inspire others.

The minister said the road signage had added to the aesthetic of the nation’s capital and profitable for safe navigation of motorists and residents.

He therefore called on other Nigerians to join in making the Abuja’s dreams and projects a reality.

“I wish to commend Roadmap Construction Ltd. for this laudable project and urge more well-meaning organisations to emulate this noble gesture by giving back to the society and contributing towards building the FCT of our collective dreams.

“Projects like this not only improve the aesthetics of the city’s landscape but also reduce dangers to lives and property occasioned by accidents on our roads and highways as a result of insufficient road signage.”

Earlier, Mr Julius Irumundomon, the Chief Executive, Officer Roadmap Construction company, said the idea of donating the road signage were birthed 14 years ago when he and his friend found it difficult to locate their desired destination in Maitama Abuja due to lack of readable signage.

Irumundomon said that he was also propelled to turning the idea into action by a high sense of patriotism for his father land.

According to him, he has always dreams of replicating the good developments he saw in other parts of the world, in his home country.

“What made me do this was what myself and friend experienced 14 years ago around Maitama, we were given a direction but could not find the place.

“When I left there, I said every Federal Capital you go to in the world has street signage that directs you to where you are supposed to go.

“The minister said if I can do this, put some in Wuye Bridge and Area 1 Bridge, but I ended up doing 24 signage because I felt that doing only four will not do anything.” 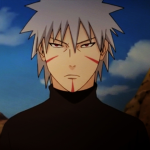